TS20xx can be run with a Joystick as already noticed in chapter 3.1, Throttle and (rudder)pedals. It seems quite weird, but with some 3rd party software add-on’s you can easily activate a joystick, rudder pedals and throttle to your TS20xx. 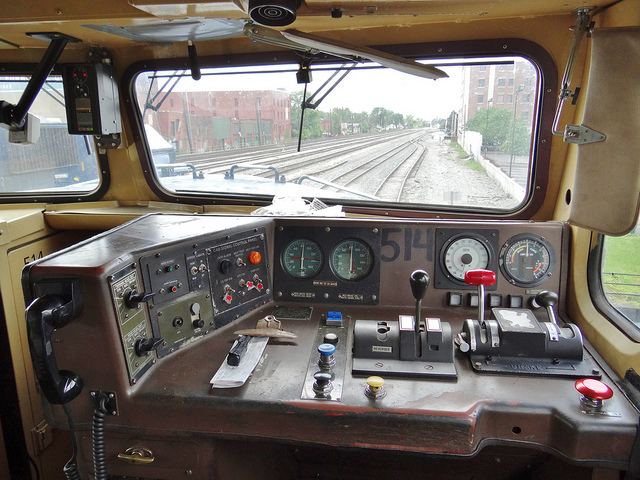 The Dash 8 cab is the example for the developing of the Raildriver console for trainsimulator.

Compare both consoles. The real console at the left and the TS console at the right.
Try to make any connection with the footplate, levers, gauges, handlebars, reverser, regulator and indicators of a steam locomotive below. 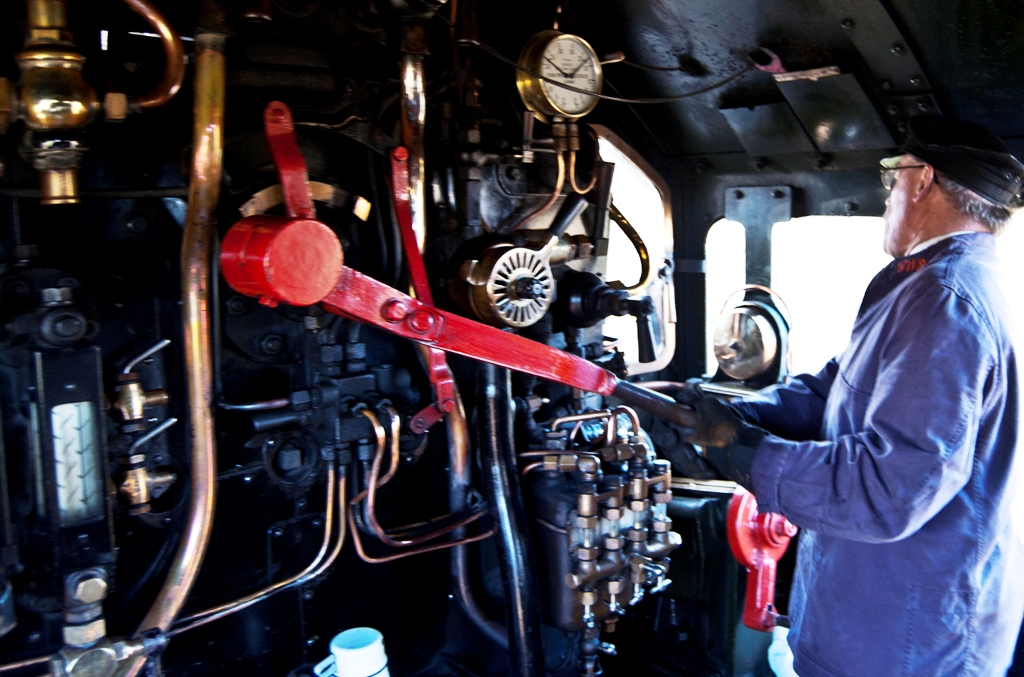 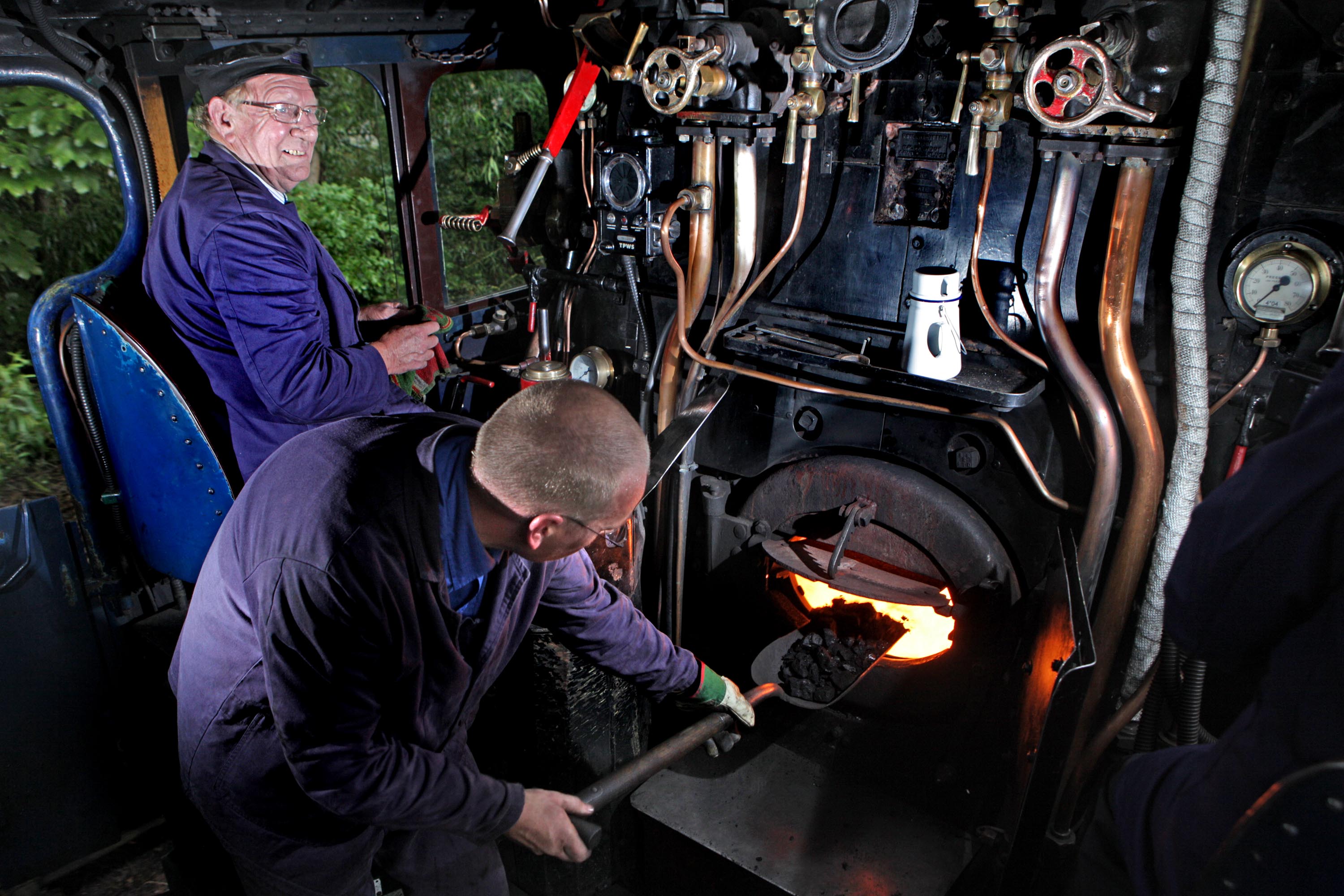 Some model railroad manufacturers has developed some amazing cab controllers suited for use with model trains. These controllers are quite expensive but it is well worth to have a short look on these cab controllers / consoles. 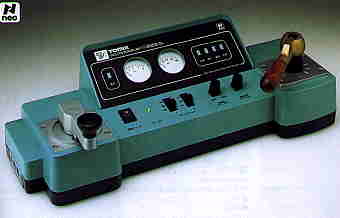 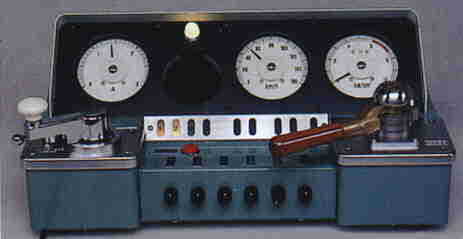 These controllers can be used for model railroading but these cabs should fit different DMU’s and EMU’s. Uhlenbrock created the hand wheel driven console which is quite suitable for diesel and electric loco’s like the locomotives made in the 50’s and 60’s

The use of a joystick

The joystick seems a simple device and either not comparable with a steam locomotive. The truth is still different. The joystick can be programmed to fit the main controls. in extension an additional throttle and even pedals can be added to gain a full simulation experience.
On top of these extensions, a further enhancement of levers can be added. Saitek has a simple three lever console with three buttons that can be expanded with more lever sets combined with each other. On your imagination you van install a rack with 5, 6, 7 and even more sets together and assign every lever seperately from each other. Together with the joystick, throttle and (rudder) pedals you can achieve a tremendous feeling on driving a steam locomotive. 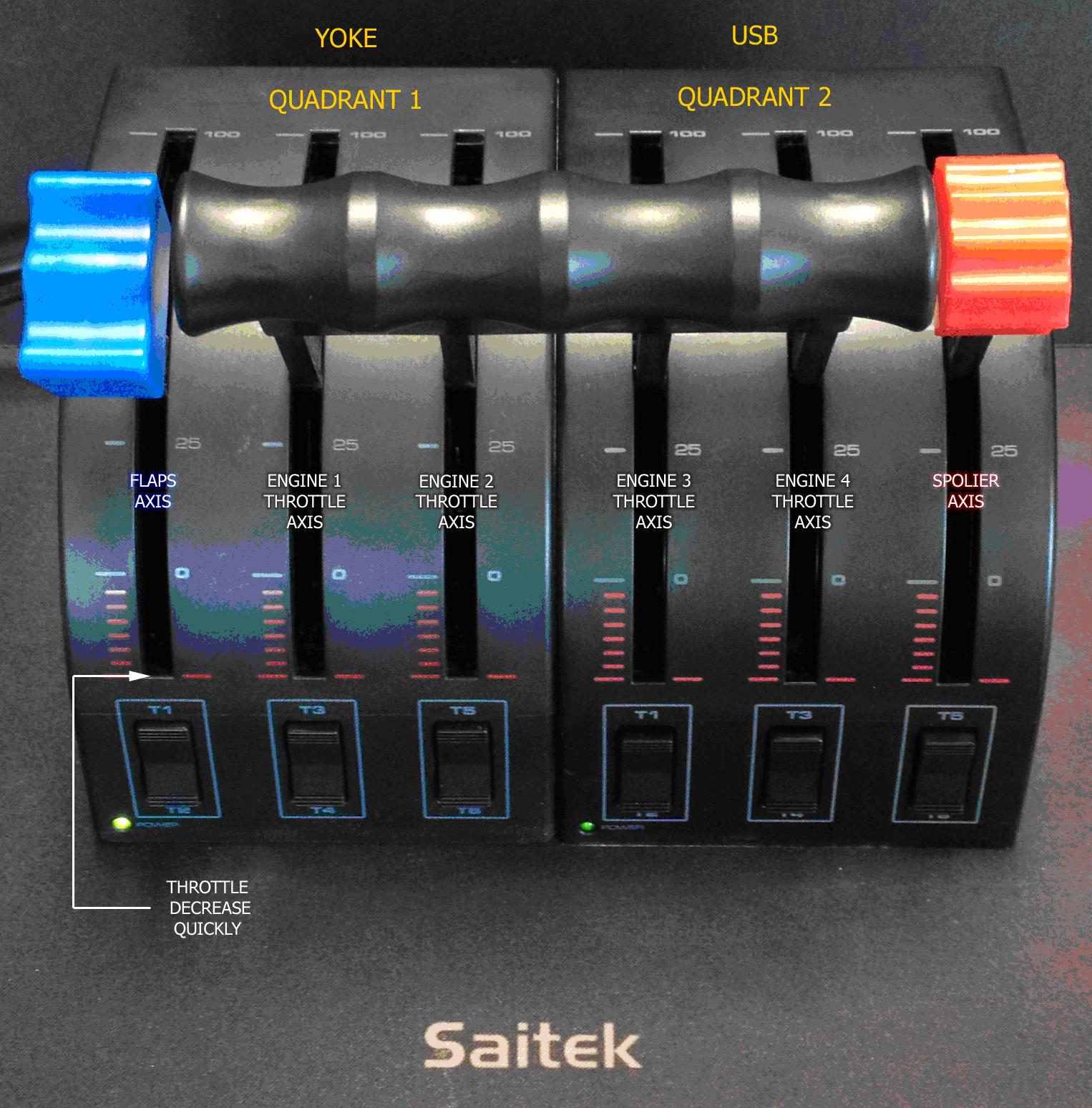 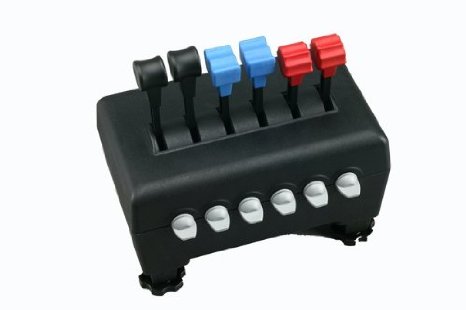 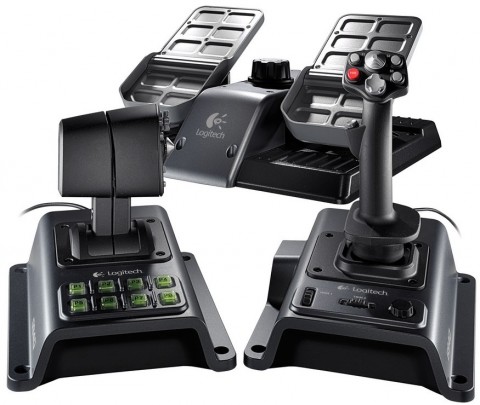 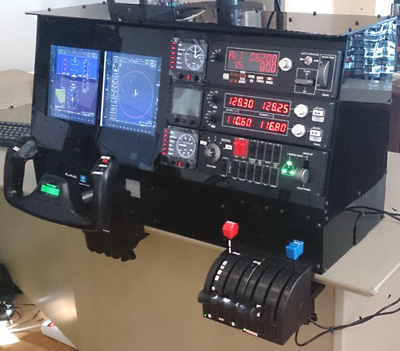 A complete cockpit set. It has a price tag but still much cheaper that an recreated cockpit. 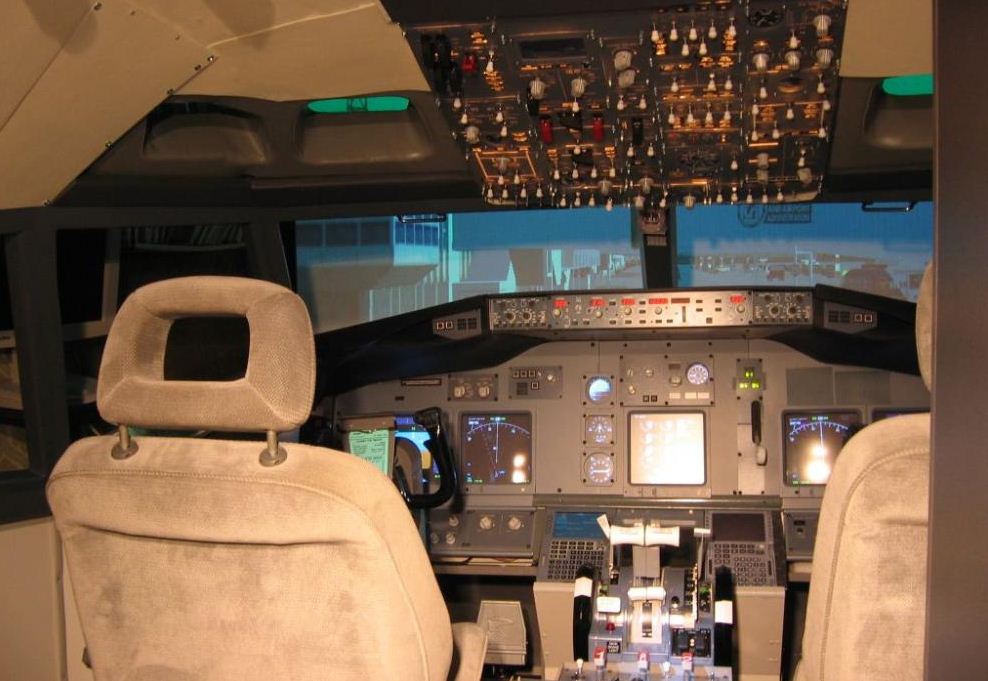 Passionated virtual pilots goes even beyond everybody’s imagination and install a cockpit in ther own house. Every device visible at the console, throttle quadrant, overhead panel, side panels is functional.

The levers are aimed for flightsimulation. Two, three or more lever consoles will boost the simulation experience. Each lever can be programmed separately using the programmable software as it comes with the levers. For Saitek the program is called SST Every lever block can be assigned to different operations. Together with a flight yoke of joystick set, you can now configure the controls according the engine you like to drive. If you are not able to get the Saitek levers or the SST program visit Digital Transforms and download Total Game Control. This tiny program allows you to map the joystick to operate the keystrokes. Total game Control is game independent, so it can be used for all Trainsims you have installed. Just create for every trainsim and either add-on engine a separate profile and.

Do not mix up keystrokes such as MSTS keystrokes with TS2015 otherwise you will have problems because Total Game control does not check the game in relation with the keystroke mapping. If you should use the D instead of A to open the regulator, you close the regulator instead of opening it. Though many key assignments are rather the same as in MSTS.

The most common features to program:

Based on a German engine with standard regulator and axles only. Buttons can be programmed as desired.
Configure the joystick at the LEFT side and the throttle at the RIGHT side, because the German regulator is left from the driver. The brakes are positioned at the right side next to the window. For left hand operated engines like British engines, just reconfigure the joystick, just mirror the positions to the other side except the forward and backward motions / operations.