One of the basic important requirement to create steam is water, the most important substance needed at a steam engine. Now to inject water into the boiler you need to know how the injector works.

It is quite simple. Add steam to water through a narrow funnel or conic shape gap, then it expands and pushes the water with power. The gap is not bigger then a finger tip creating a tremendous force that overruns the steam pressure resulting the filling up of the water level. Based on this principle the boiler is feed by hot water. 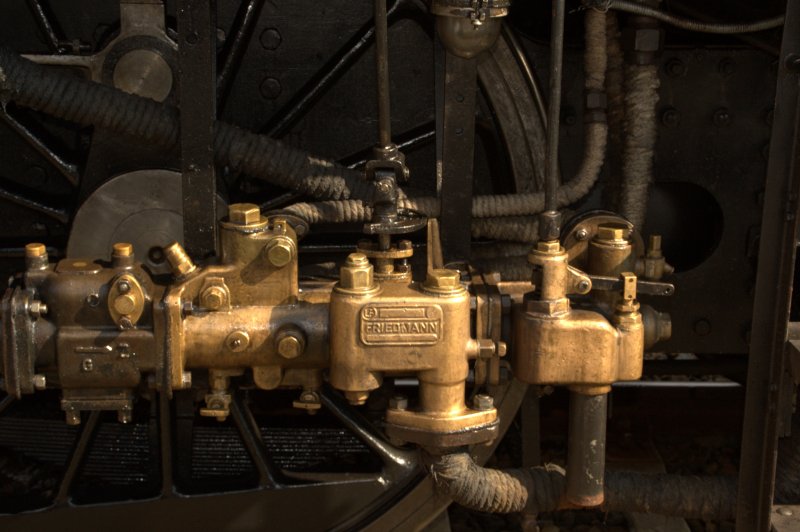 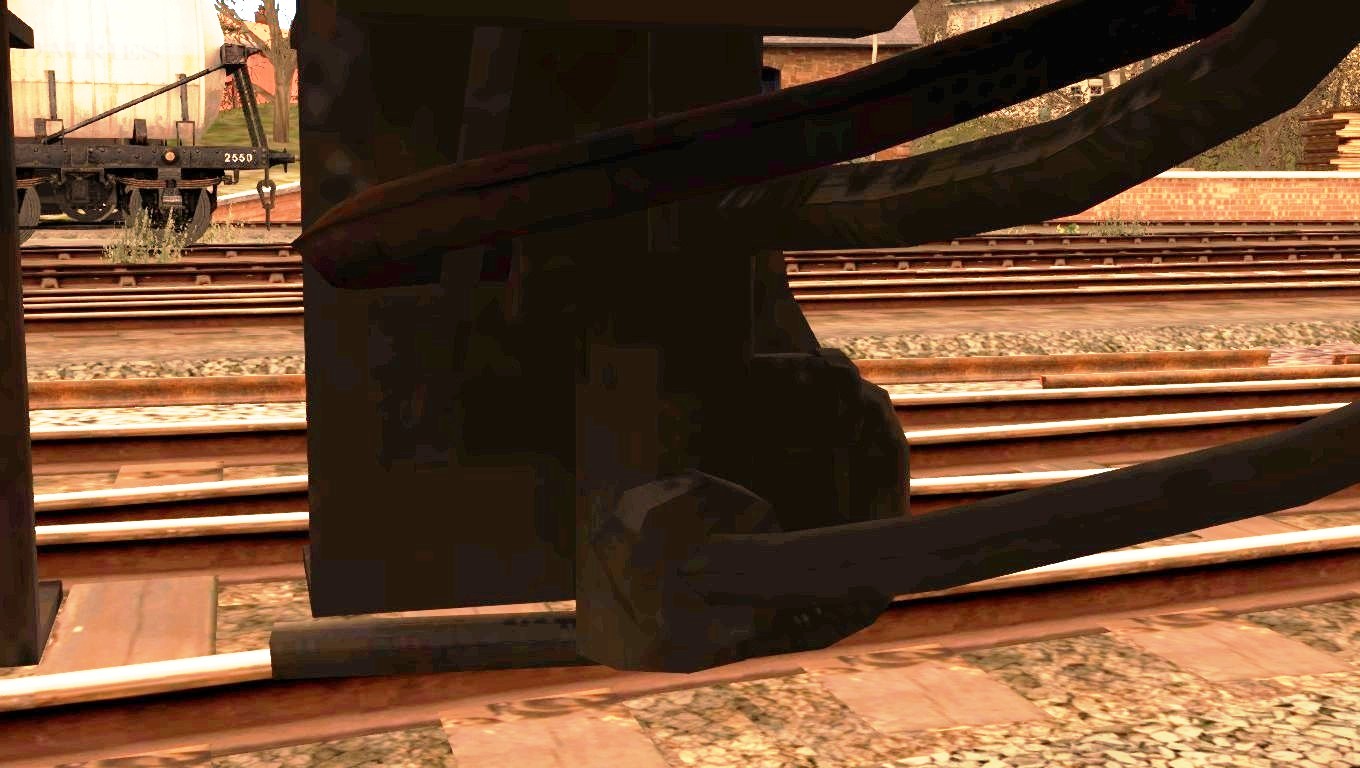 The injector of a Black 5

The operation of the injectors:

Shut the injector down in opposite sequence:

The exhaust injector is not working properly when the loco is not running, because there is no exhaust steam.

To use the exhaust injector:

Shut down is also in the opposite sequence:

Do not leave the water valves open. The water will flow through the injectors drain pipes on the track(side) and at a certain point by surprise you will encounter an empty tender while you had topped up.

Keep the water between 70 – 80% during a regular run.
In practice you have to be aware of the False Air flow Back which occurs when other values on the reverser remains present instead of the 30% and 70% positions. This is will cause “False Air” which will “suck” through the chimney into the cylinder and might damage the cylinders because of the sudden temperature drop.

The working of the injector is seen here in this lay-out; 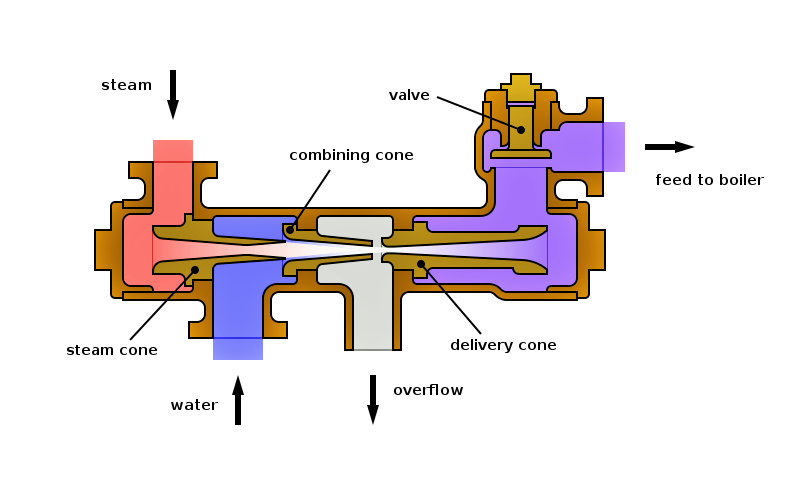 During and after injection keep an eye on the water glass and if the water level does not meet the desired level. Stop injecting after 2-3 minutes to cool the injector, wait a little while and start over again injecting. if necessary use both injectors at the same time. Do not inject water for a long period of time. 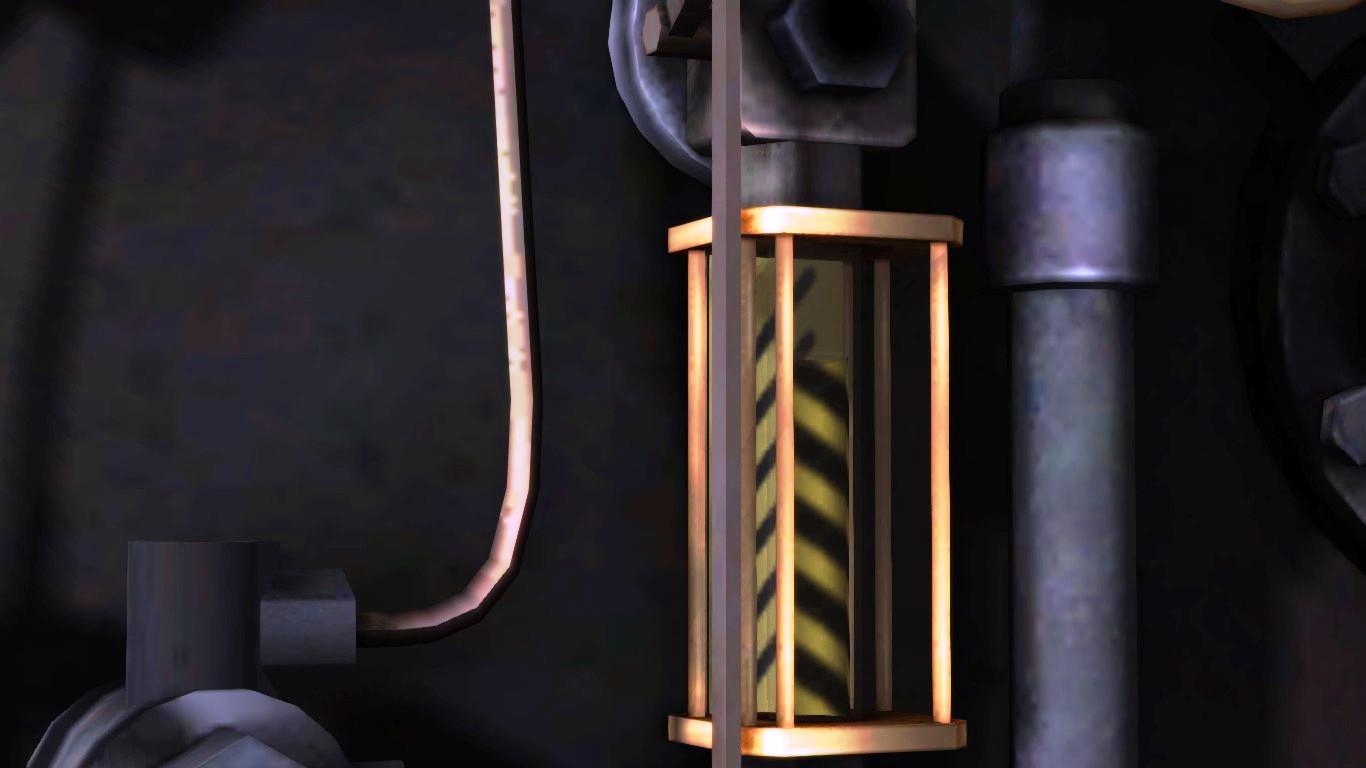 Check the water level in the glass regularly during the run !

Filling up the tender. 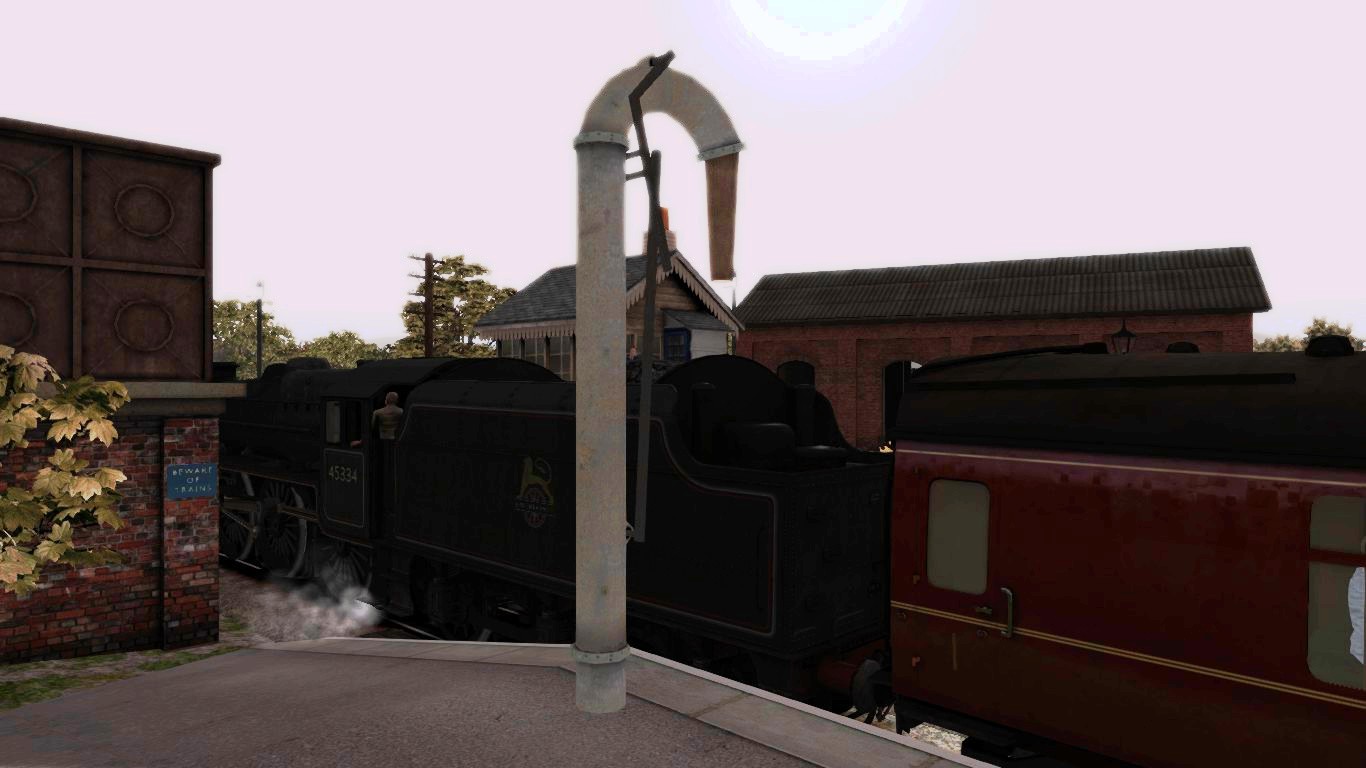 Drive until the last axle of your tender is in the same line with the water loader.
Press [ T ] to fill the tender.

Use the hose on the footplate to spray the coal as they fall into the tender in order to prevent the coal dust to hover around.

In order to use the hose, at some engines turn on the sprinkler system of the ash pan or smoke box prior to the use of that hose, otherwise the water will not flow through the hose. This is not simulated. 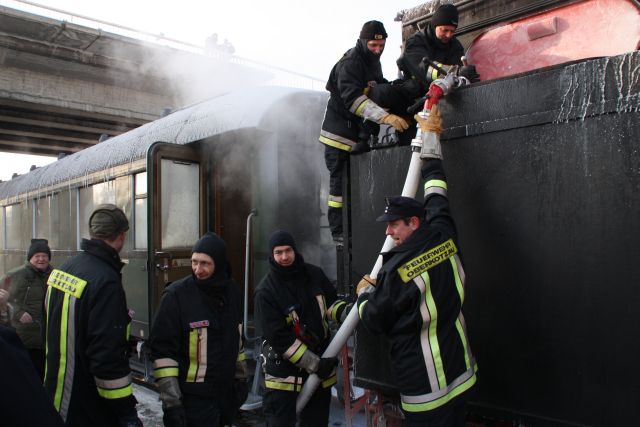 To top up supplies in the post steam era is quite an undertaking. 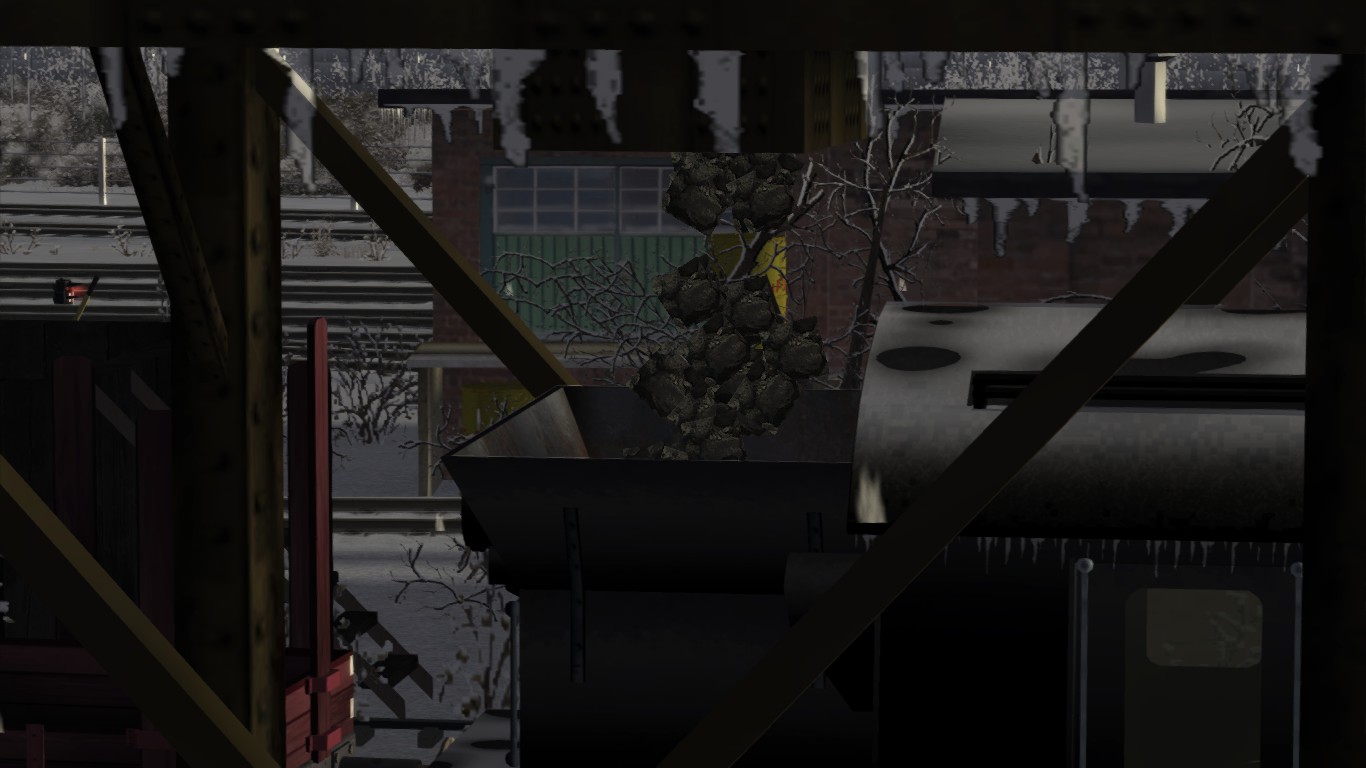 Topping up the Class 95 using a top loader.

The sprinkler in the smoke box is aimed to prevent the metal to get overheated en needs to be cool down to avoid damage on the bottom of the smoke box. An overheated smoke box can cause open gaps and will result in a false air inlet decreasing the low pressure as result of effecting the fire in a negative way. 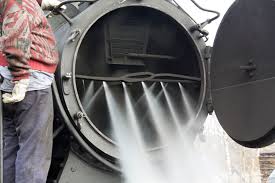 Now in the post steam era at many museum lines and preserved working engines, this chemicals are present as powder or liquid. Mostly stores in the support coach for materials, supplies, equipment and employee facilities.

Sand
Sand is needed to increase the adhesive grip on the rail surface. The use of sand is also used to boost up the brake power in emergency cases. Sand is topped up on top of the boiler in a sand dome. The heat radiation of the boiler will dry the sand keeping out all moisture when present. Moisturized sand (mud) can block the down flow of sand through sand pipes. From the sand store, the sand is transported by air pressure through a pipe into the sand dome. To operate the sander press [ X ].

Some engines are enhanced with a sand loader system. To operate the sand loader drive the loco underneath the sand loader open the dome lid using [ Z ] and press [ T ] to load. This system is included at the Romantic Railroad Class 03 and Class 95 add-on’s from BeeKay / Just Trains. 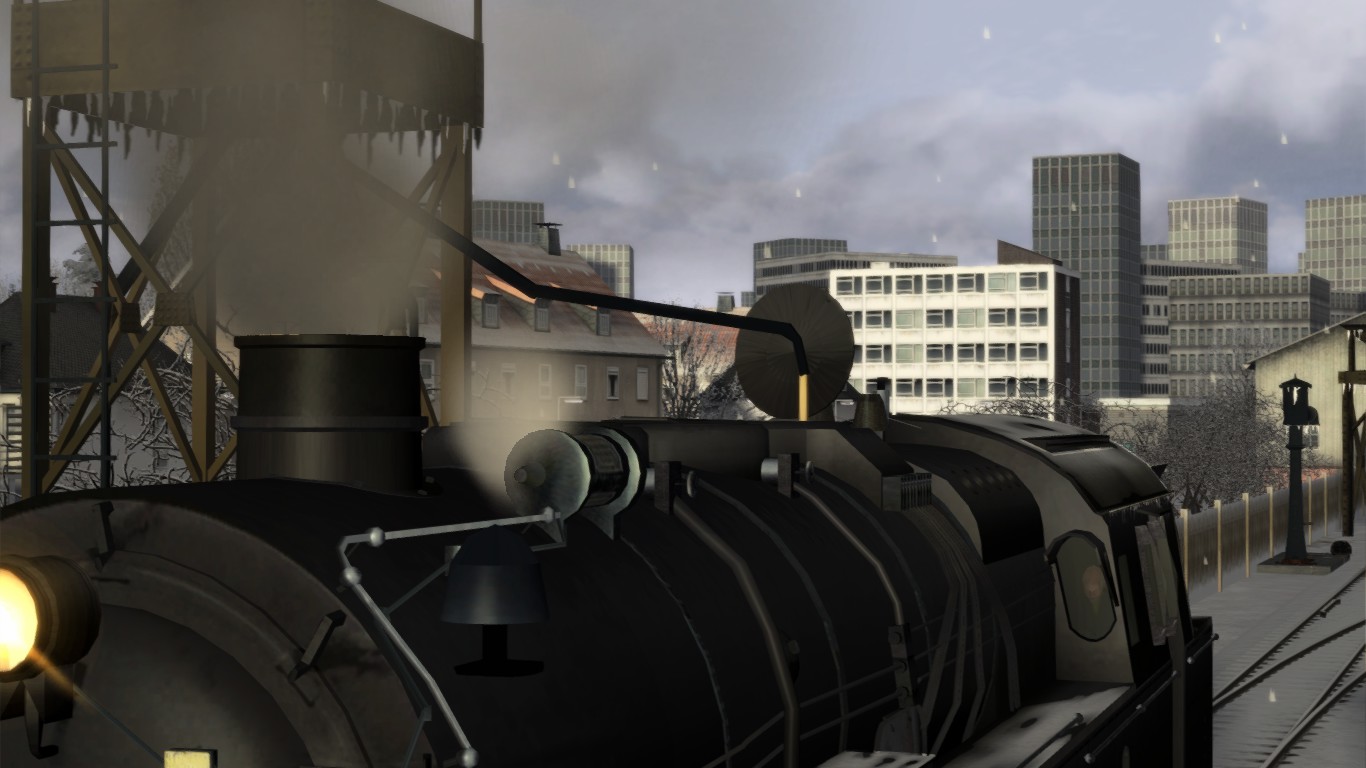