The whole run and shift you are driving you have continuously to do with signals telling you the present situation about the track you are about to enter. Signals notifies drivers what to do and how to act and react to avoid any harm and maintain safety.

The signals notified in the upcoming chapters contains all basic information about the signal aspects that mainly concerns TS2015.
Other signal related sited are explaining the most deep and technical aspects concerning railway signalling, Refer to Appendix C for the signal related websites in this guide.

If you run a scenario in career Mode the scenario is over when overrunning a signal without request or by order. To request a SPAD press [ TAB ] to activate the SPAD request. When you are running tender first (or backwards) press [ Ctrl ] – [ TAB ] to pass.

Do not use [ Shift ] – [ TAB ] unless you drive within MSTS, otherwise the “Steamcommunity” screen appears and you have your SPAD and game-over if driving Career Mode.

in MSTS the SPAD can not be disabled while in TS20xx, the Free Roam, Standard and Quick Drive mode the “Game Over at SPAD” can be disabled.

A brief history of signals

Since the very first beginning of railroading signals exist. It started as telegraph signals signalling the telegraph man on events that are about to take place. Telegraph poles were installed parallel to the railroad track. There were no specific rules to keep.

A pioneer signal man scouts the track after the passing of the train. The signal man has to scout the track section which was assigned to his responsibility for that part of track which is better known as: a Block. 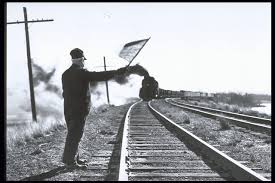 The signal man uses a flag to signal the train. Depending the colour of the flag the driver anticipate on the signal aspect.

Train drivers has to scout the line and anticipate at expected situations. Some countries started with police authorities to maintain safety using flags and time interval system, some had a telegraph man that even scout the line when a train did pass to monitor any damage to rail, sleeper and ballast and other unexpected issues.

The flag system and the time interval system were not reliable enough and men started to experiment with other systems like the High Ball or multiple signals under each other. 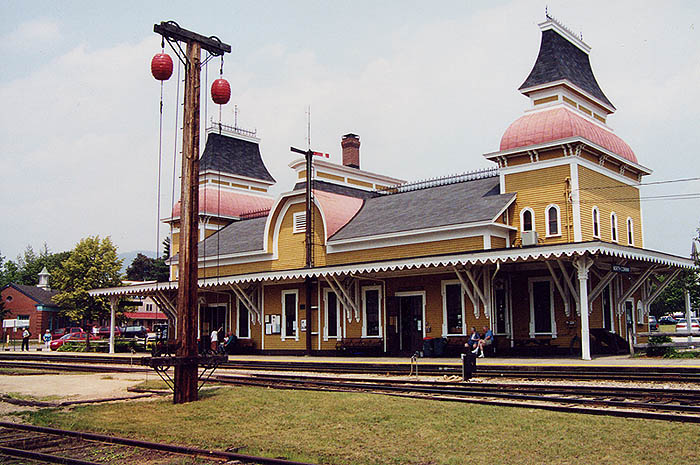 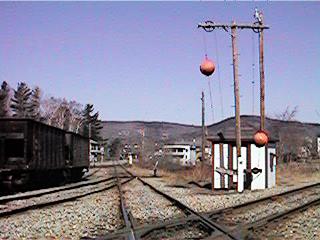 The last remaining High Ball signal was operational until the 80’s. Receiving a High Ball tells the driver to depart or the track is cleared.

The visibility of signals was often misunderstood by the distance and quite often a train overruns a signal at danger (SPAD) To overcome the issue of visibility, engineers found a solution by using semaphores. The use of semaphores was an off-spring of these of nautical signals to signal an oncoming ship using flags in certain positions. 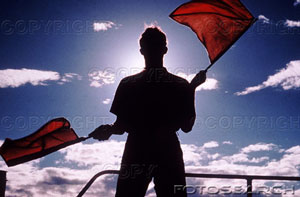 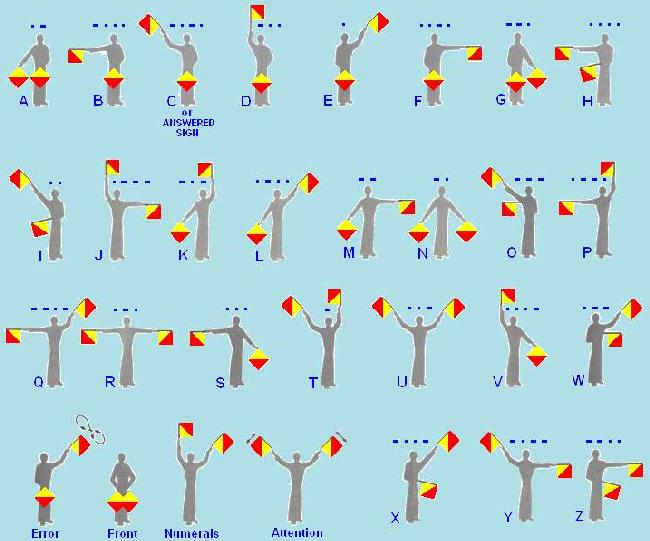 Navy signals with flags to other vessels

For each position a case-letter was assigned. The need of signalling a ship that heads for the harbour needs information if allowed for entering or not. To overcome the lack of visability lighthouses with a semaphore on the top were installed and became operational. 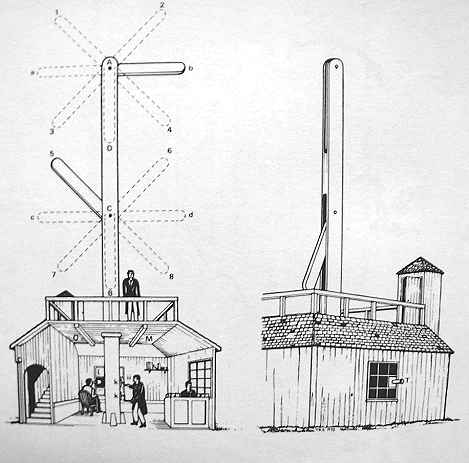 From inside out the semaphores were operated by nautical signal mans. The signals were clearly visible from quite some distance which was enough for the Captain to anticipate on. 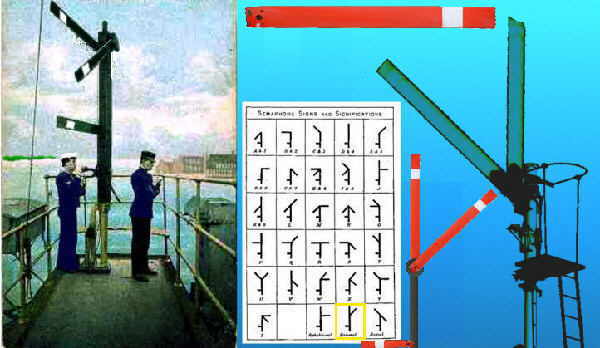 To improve visibility the signal arm of the semaphore were painted red with a white marker. This was an indicator and improved the visibility even more. 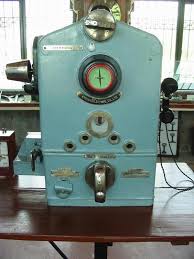 A magnetic token device grants the passing of trains on lines with low traffic.

The railroad took the idea to use a semaphore to signal the driver by the position of the signal arm. At night railroads companies installed red, white and green signals, yellow was not very used as signal. Red means stop, white means passing allowed and green means approach and hold at the next signal unless the signal changed into a better signal instead of a danger aspect.

The British reinvention of the train due to the industrial revolution and needed also a standard of safety. The Romans has actually invented the train, but it never came to complete transport revolution. The train is the synonym for mass transportation. Because of the economical weight the train has, safety became the major priority.

All signals started with colours from scratch on. White and red were the first used colours to show an aspect. The semaphores later were equipped with coloured signal lenses. The signal lenses are indicating the red or green colour could be broken easily.

Experimental signals were testen and also installed prior to the coming of the semaphore. Engineers invented the disc signals showing a coloured disc issuing an particular aspect. Continue the disc signals the USA railroad companies started to cover the disc signals into a wooden cover shaped like a Banjo which became commonly known as “The Banjo” 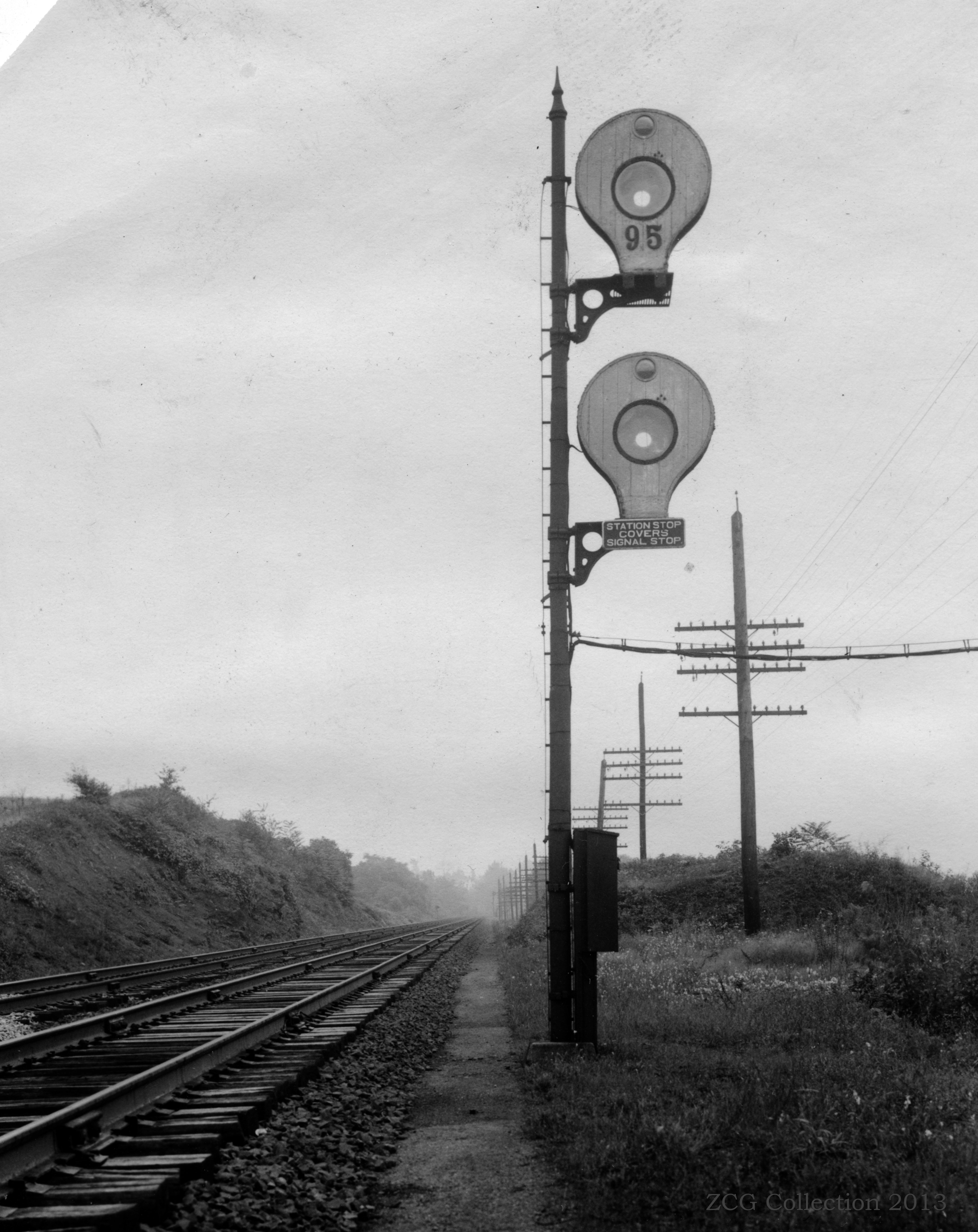 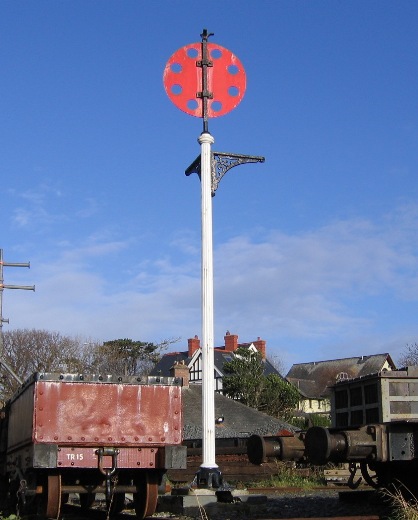 The old disc signal showing a danger aspect. The black and white photo shows a double Banjo signal able to show multiple aspects by a rotating enlightened disc inside the “Banjo”

Disc signals are still in use in several countries like Germany and Britain. The British signal discs are used to show shunting aspects. 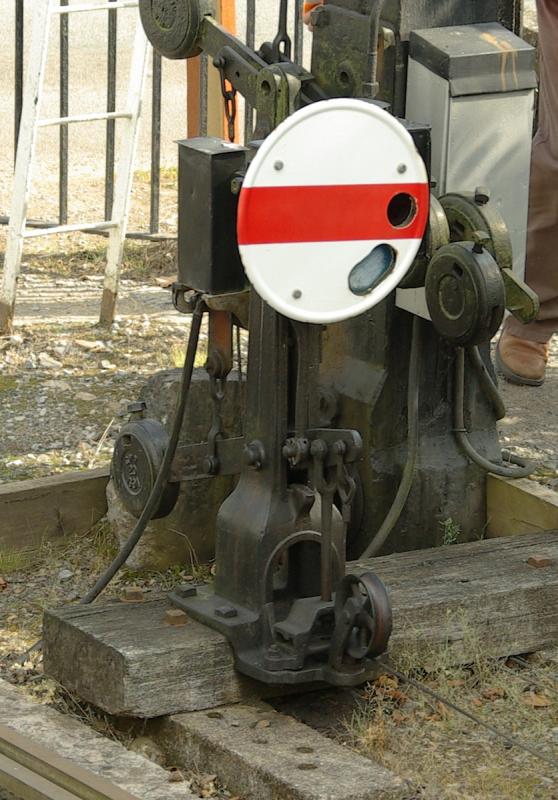 Shunting signals often places just above the ground The red stripe is more equil to an Absolute signal. 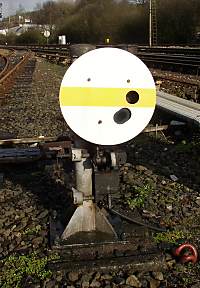 The yellow stripe shows a Permissive signal with a yellow light.

The German main signal is a high placed single or double arm and uses the disc signal as an distance / approach signal these signal are still operational today at several lines and stations. 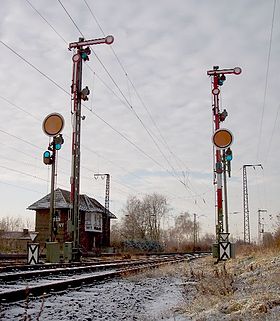 Now when a red lens was broken the light shows a white light indicating the signal indicates the track ahead as a safe block. However on passing this signal at night with a broken glass is actually an adverse signal. Broken lenses gives the driver the ability to misunderstand the signal and overruns it, with disastrous consequences. During this conference, engineers came up with 3 major colours and became standard in the most countries. Even road traffic started to use the same colours with almost the same meaning. The main colours are with either the important common meaning: