Advanced weather is included in TS2015. even in 3D advanced weather is available. Snow, ice, blizzards, hurricanes, thunderstorms, heat, fog, it is all part of nature’s fury. The most of the weather conditions are simulated as well. After all we are dealing every day with the weather which interferes with our daily life. 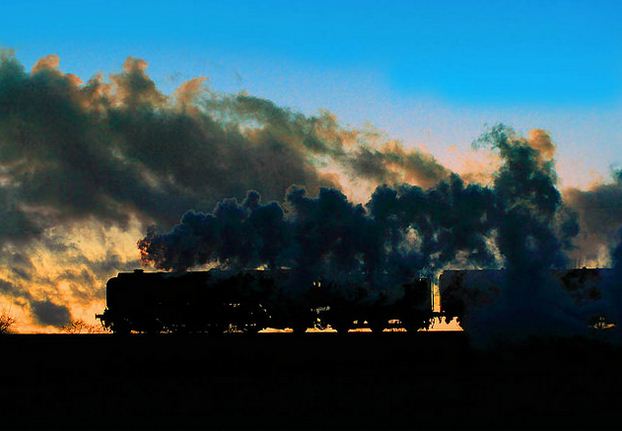 A BR pacific under the black silhouette clouds at a sunset evening shows a storm will approach one of these days.

One of the best simulated weather storms is fitted in a scenario at the Sherman hill. A large freight train departs Laramie towards Cheyenne with the sun bright at the sky. The route goes across the new track westbound and once in the mountains, the sky has been covered up with clouds. It will get darker and darker eventually the sky turned black. Raindrops already starts to fall and not long after the first raindrop a hugh thunderstorm occurs. 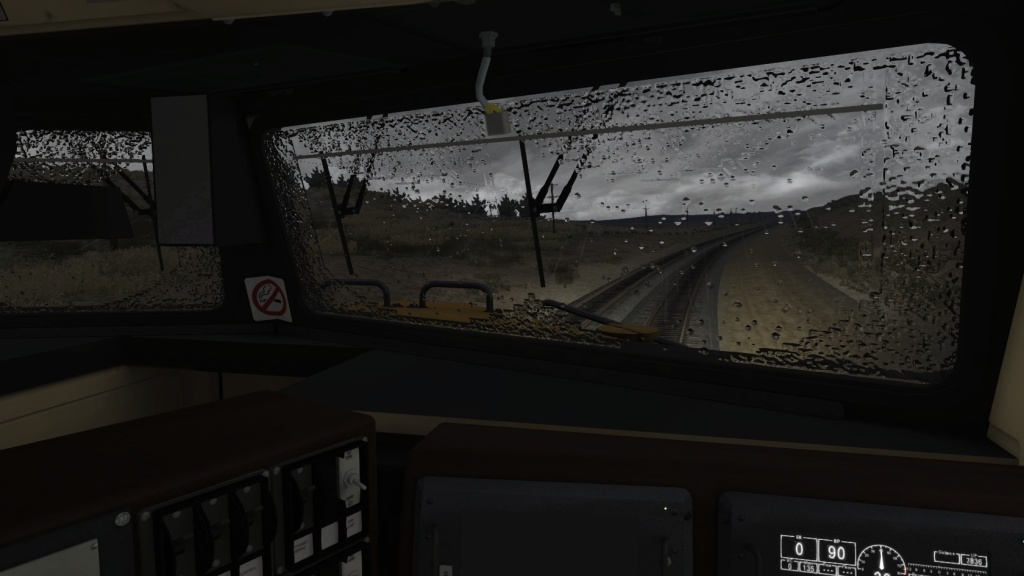 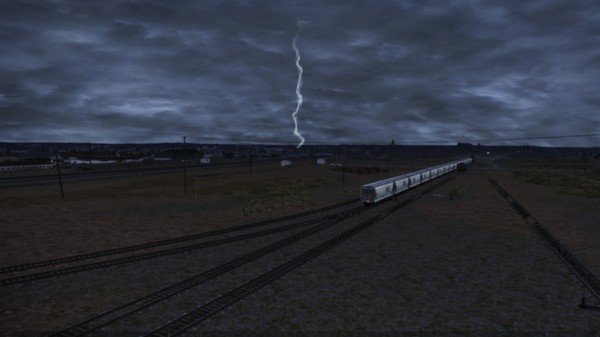 From the cab of a Dash 9, a warm feeling when the imagine about a warm cabin, nice seat, comfortable environment and outside the rain clatters down at the wind screen. turn on your wiper bij pressing [ V ] (only at diesel and electric engines and multiple units available). Lightning strikes down and the rolling thunder is heard.

Steady you go uphill and the storms gets worse and lightning begin to strike. The thunder rolls through the airt and the wind combined with hail is gusting at the side screen and wind screen, blowing your train almost apart. But what about the real life? 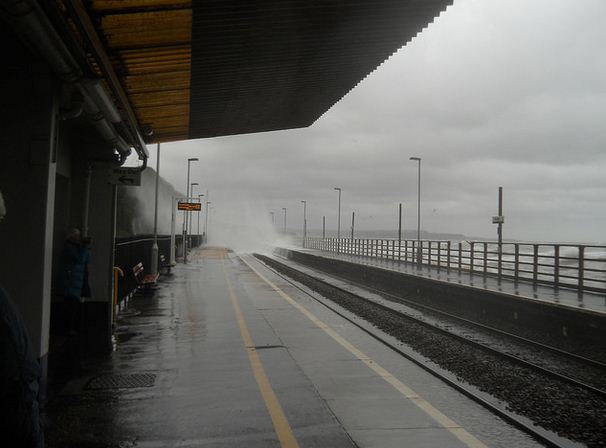 The storm at sea blows the wind across the rail track.When a storm becomes too powerful, it will damage the infrastructure and trains.

The rain gives a mystical effect on the environment as well. It has a high potential of warm feeling in the lousy chairs of a first class train. When a steam special runs along the coast with a heavy storm, the driver and fireman has to take additional precautions. Prior to an oncoming storm the engine needs to be prepared. Extra lubrication is needed to cover the metal of the engine where possible. The salt water will have its impact on the engine. After such a storm that has “washed”, the engine needs to be cleaned as well to prevent corrosion. 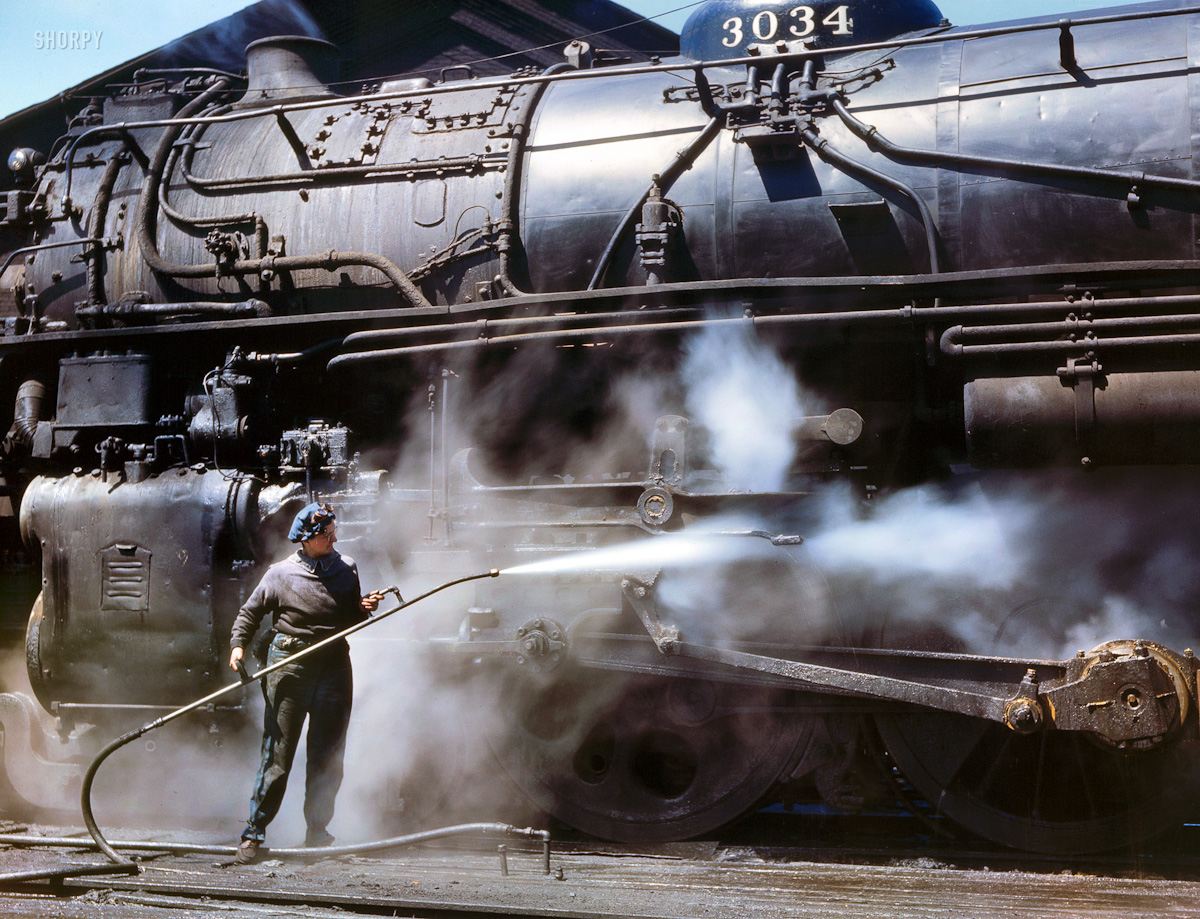 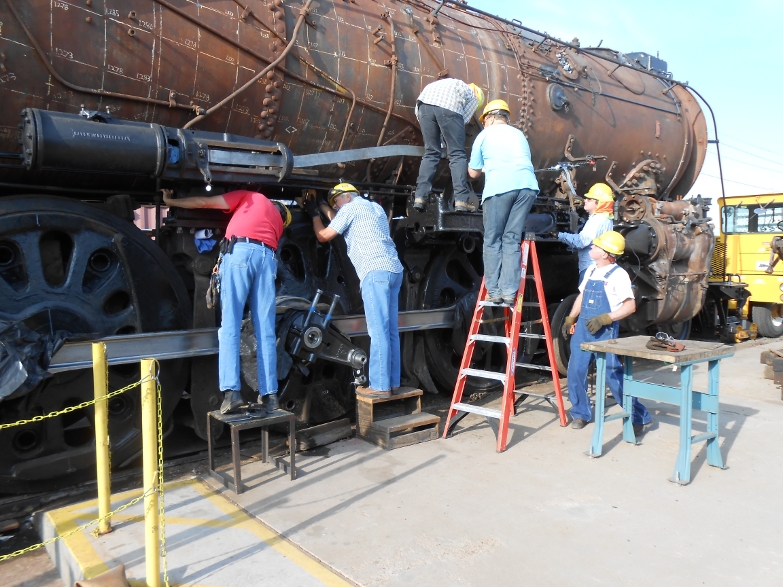 When an engine regularly runs along the coast line it is necessary to spray the seawater off when entering the depot, shed or workshop. After a period of time and planned at the workshop the engines needs to be strapped down to treat the boiler to prevent rust and corrosion to damage the material.

It is absolute necessary to spray the salt of the engine. During spraying of do not spray directly on wheel taps and piston bearers. The water will drip in between both metal surfaces. It is hardly needed to lubricate rods, pistons, wheel pins, wheel taps, more abundantly then usual prior to runs and shifts along coast lines. Grease and oil will stand the seawater and corrosion has no chance.

Much lesser worse is just rain and shower alone, however falling rain will have contain natural composites like sodium and calcium. The mist will have the same effect as rain on its own. When not treated, lime will set at the surface of the engine plates revealing a paling surface at the top layer of paint. In Germany this is overcomes by using bitumen instead of colours. 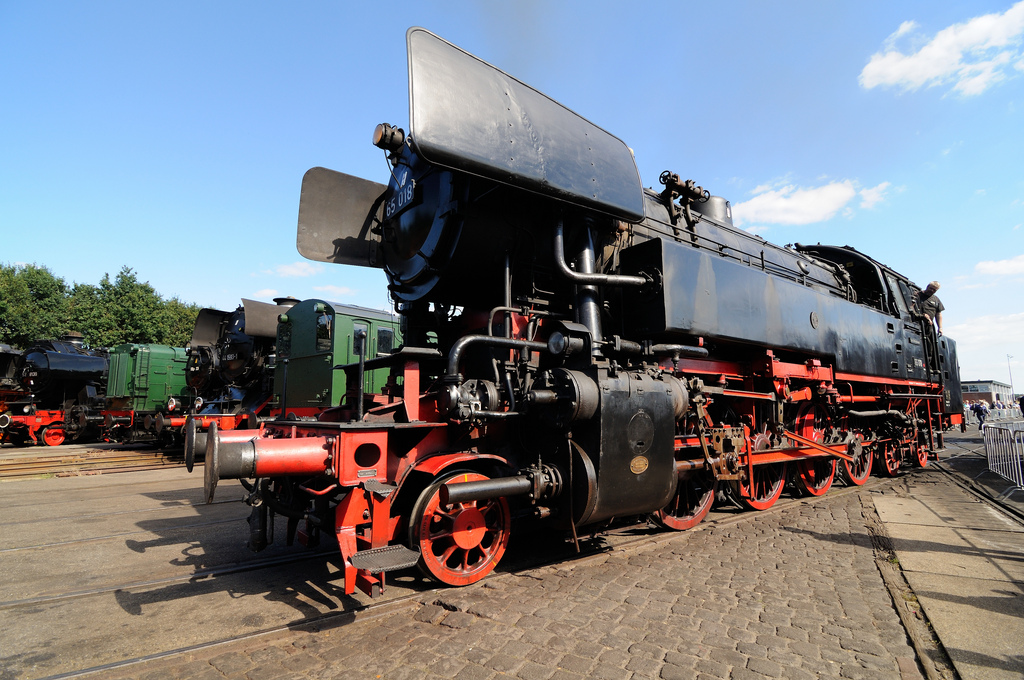 The bitumen surface of a German engine is water resistance and also prohibit dust to stuck on the engine. The soot, sand and soil however will stuck indeed at the surface, but dust on its own is whirls around.

The bitumen gives the German engine the typical black look which is not without a reason. Bitumen is made out of crude oil and water resistant, though it remains important to polish the bitumen surface with oil to get the half glossy shining look on the engine.

Mist and fog will pronounce the coming of more low pressure air fields and area’s that brings in more colder weather. This type of cold is moist and fuzzy and humiliated. The minuscule water drops hazes through the best jersey and sweater and after a while the feeling of cold is present. 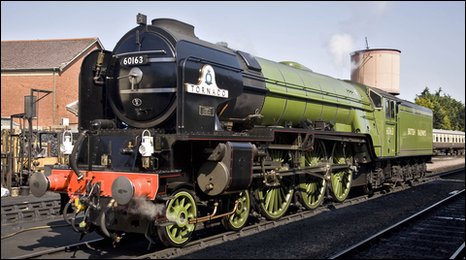 The Tornado an A1 Peppercorn class. One of the most famous steam locomotives in the world.

The BR engine 60163 A1 Peppercorn Tornado has its name from these winds.
The wind speeds a natural tornado contains can last up to over 350 mph causing the uppermost severe damage, casualties and injured within the path of the tornado. The most violent winds on earth are captivated in tornado´s. However it is not simulated in TS2015 but in the USA they have to deal with these storms.

Several railroad companies has additional signals operational to warn the driver at an oncoming tornado. It is mostly a flashing white light with an indicator plate on a post.
The driver knows severe winds are approaching and reacts on stopping or slowing down the train. Another signalling system is the use of the onboard radio or GPS Phone.

When a natural tornado strikes, whole trains will be blast of the track and dropped somewhere else far of the spot where they last did appear.. The signal is the tornado warning signal to stop that train and take shelter. 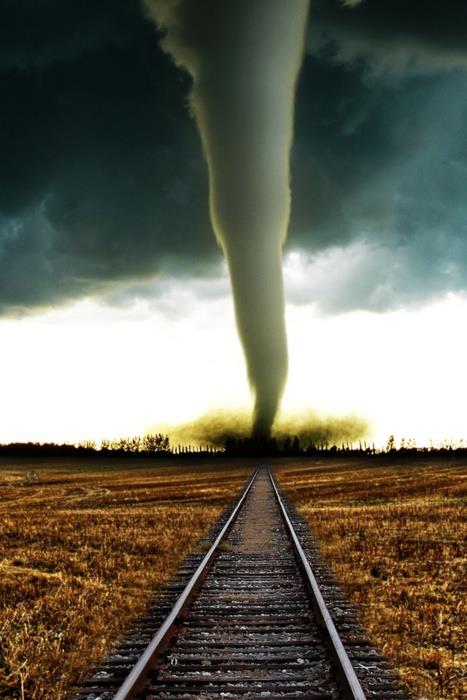 Hurricanes has the same effect. It is a tornado but much larger in size and last longer for days before they came to an end. The results are much the same as the tornado itself. 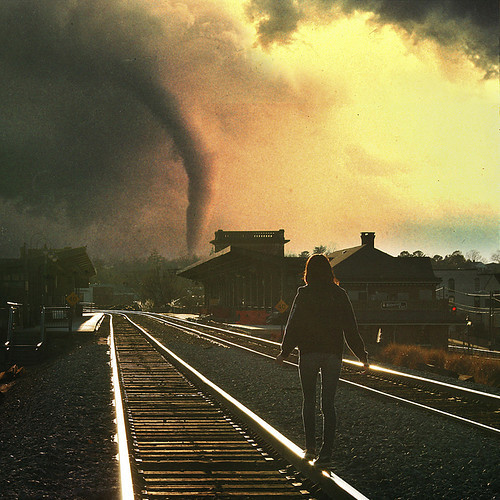 It is of course no need to tell that safety comes first. Though a tornado is not simulated in TS2015, it is still a part of nature’s fury the world has to deal with. Especially the USA has to deal with the issue of tornado’s mostly in the spring time. In other countries tornado’s are rare and appears once and a while but tornado’s do not last long they appear in Europe and mostly the force of the tornado does not exceed the Fujita 1 scale.

Advanced weather is included in TS2015. even in 3D advanced weather is available. Snow, ice, blizzards, hurricanes, thunderstorms, heat, fog, it is all part of nature’s fury. The most of the weather conditions are simulated as well. After all we are dealing every day with the weather which interferes with our daily life.